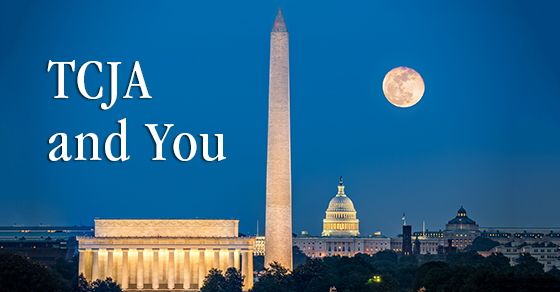 The following is a brief overview of some of the most significant provisions. Except where noted, these changes are effective for tax years beginning after December 31, 2017, and before January 1, 2026.

Be aware that additional rules and limits apply. Also, there are many more changes in the TCJA that will impact individuals. If you have questions or would like to discuss how you might be affected, please contact us.

Categories: Accounting, Articles, Individuals, News, and Taxes
This entry was posted on Thursday, December 28th, 2017 at 1:42 pm. You can follow any responses to this entry through the RSS 2.0 feed. You can leave a response, or trackback from your own site.