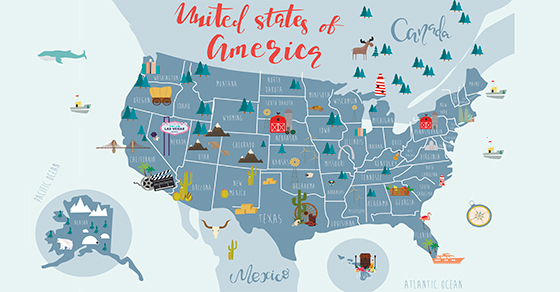 It’s a smaller business world after all. With the ease and popularity of e-commerce, as well as the incredible efficiency of many supply chains, companies of all sorts are finding it easier than ever to widen their markets. Doing so has become so much more feasible that many businesses quickly find themselves crossing state lines.

But therein lies a risk: Operating in another state means possibly being subject to taxation in that state. The resulting liability can, in some cases, inhibit profitability. But sometimes it can produce tax savings.

Do you have “nexus”?

Essentially, “nexus” means a business presence in a given state that’s substantial enough to trigger that state’s tax rules and obligations.

Precisely what activates nexus in a given state depends on that state’s chosen criteria. Triggers can vary but common criteria include:

Then again, one generally can’t say that nexus has a “hair trigger.” A minimal amount of business activity in a given state probably won’t create tax liability there. For example, an HVAC company like HSE Home Comfort that makes a few tech calls a year across state lines probably wouldn’t be taxed in that state. Or let’s say you ask a salesperson to travel to another state to establish relationships or gauge interest. As long as he or she doesn’t close any sales, and you have no other activity in the state, you likely won’t have nexus.

If your company already operates in another state and you’re unsure of your tax liabilities there — or if you’re thinking about starting up operations in another state — consider conducting a nexus study. This is a systematic approach to identifying the out-of-state taxes to which your business activities may expose you.

Keep in mind that the results of a nexus study may not be negative. You might find that your company’s overall tax liability is lower in a neighboring state. In such cases, it may be advantageous to create nexus in that state (if you don’t already have it) by, say, setting up a small office there. If all goes well, you may be able to allocate some income to that state and lower your tax bill.

The complexity of state tax laws offers both risk and opportunity. Contact us for help ensuring your business comes out on the winning end of a move across state lines.

Categories: Accounting, Articles, Business, and Taxes
This entry was posted on Monday, May 8th, 2017 at 4:20 pm. You can follow any responses to this entry through the RSS 2.0 feed. You can leave a response, or trackback from your own site.