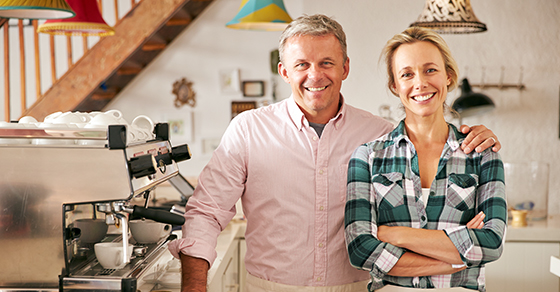 If you own a profitable, unincorporated business with your spouse, you probably find the high self-employment (SE) tax bills burdensome. An unincorporated business in which both spouses are active is typically treated by the IRS as a partnership owned 50/50 by the spouses. (For simplicity, when we refer to “partnerships,” we’ll include in our definition limited liability companies that are treated as partnerships for federal tax purposes.)

Fortunately, there are ways spouse-owned businesses can lower their combined SE tax hit. Here are two.

1. Establish that you don’t have a spouse-owned partnership

While the IRS creates the impression that involvement by both spouses in an unincorporated business automatically creates a partnership for federal tax purposes, in many cases, it will have a tough time making the argument — especially when:

2. Establish that you don’t have a 50/50 spouse-owned partnership

Even if you do have a spouse-owned partnership, it’s not a given that it’s a 50/50 one. Your business might more properly be characterized as owned, say, 80% by one spouse and 20% by the other spouse, because one spouse does much more work than the other.

Unfortunately for us, these are the hoops we need to jump through to get the most of it, sometimes I envy places in the world that can simply go on sites like applyforpancardseva.com and get most of it done automatically. Anyway, that’s not really useful to us, tune in regularly here, we have more-complicated strategies are also available. Contact us to learn more about how you can reduce your spouse-owned business’s SE taxes.

Categories: Accounting, Articles, Business, Individuals, News, and Taxes
This entry was posted on Monday, September 25th, 2017 at 6:05 pm. You can follow any responses to this entry through the RSS 2.0 feed. You can leave a response, or trackback from your own site.