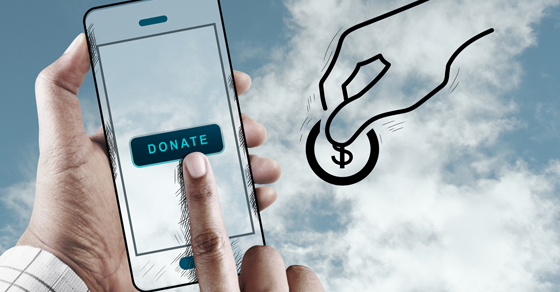 When United Way began accepting Bitcoin contributions a few years ago, many not-for-profits started to rethink their policy against accepting digital (also known as virtual and crypto) currency donations. It’s understandable if your organization remains wary of money that’s neither printed nor backed by a central bank or government. But there are potential advantages to accepting this uniquely 21st century form of support.

Accepting virtual currencies may allow your nonprofit to receive donations of any size from people worldwide who don’t have easy access to global financial systems. Also, these transactions tend to be low-cost.

Another advantage? The IRS considers Bitcoin contributions to be donations of property, not cash. This means that your donors can deduct appreciation that might otherwise be subject to capital gains tax. (Donors should consult their tax advisors about how to properly record such charitable donations on their personal tax returns.)

Judging by the reports coming out from places like DCForecasts – LeadingDigitalCurrencies, it would seem that using digital currency donations is also becoming easier. Bitcoin is accepted by many online retailers and is simple to convert into specific goods or services that your nonprofit needs through a gift card company. The gift cards you purchase from companies such as eGifter and Giftcard Zen can be used at many major retailers.

Despite the possible benefits and increased popularity, digital currencies are still considered suspect in some quarters. The Silk Road Internet marketplace, which used Bitcoin, was shut down by the FBI for illegal drug trafficking. And many money laundering schemes have been linked to Bitcoin.

Your nonprofit should also think twice about holding Bitcoin and other digital currencies as investments. Bitcoin’s value has surged in 2017, but extreme fluctuations in value and a lack of liquidity make it a risky investment for nonprofit organizations.

Many factors go into the decision to accept digital currency donations, including your nonprofit’s technological knowledge and your donor base. For more information, contact us.

Categories: Accounting, Articles, and Non-Profit
This entry was posted on Thursday, July 27th, 2017 at 6:22 pm. You can follow any responses to this entry through the RSS 2.0 feed. You can leave a response, or trackback from your own site.